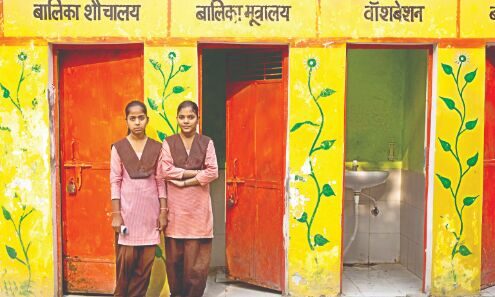 I just finished reading an outstanding book “Method in Madness — Insider-Outsider” written by Parmeshwaran Aiyyar who was Secretary, Government of India, in the Department of Drinking Water and Sanitation. He was also the architect behind the immensely successful implementation of Swachh Bharat Abhiyaan which culminated in the declaration of India as open defecation free (ODF) on October 2, 2019. It is indeed a remarkable read about a result-oriented civil servant who has had an unconventional career moving from IAS to the World Bank, and then back again as a lateral entrant into the Government as Secretary. He writes that one fine morning sitting in Hanoi (Vietnam) as a drinking water and sanitation specialist for the World Bank, he was astounded to hear the August 15 speech of Prime Minister Narendra Modi in 2014 in which the PM, while outlining his agenda for the development of the country, spoke about sanitation as a national priority and also declared that he intended to make India ODF by October 2, 2019. Parmeshwaran was amazed because he felt that rarely does a topic like sanitation get a mention in the speech of the Prime Minister of a country and he was excited by the vision painted by the PM. A desire to be associated with the project was born in his heart at that very moment which fructified two years later with his appointment as Secretary. It is indeed a remarkable story of grit, determination, leadership and passion that made the seemingly impossible goal a reality.

Toilets were being constructed in the villages and cities for the past several years but it was definitely a low priority programme with insufficient available funds. The quality of construction used to be poor and it was more of an engineering exercise without any effort to change the mindset of the people. The result was a total failure to curb open defecation and check the use of these toilets as cattle sheds or storerooms by the people. India is a country having a population of over 130 billion providing sanitary facilities to which and making it use the toilet was a herculean task. My experience of 38 years as an IAS officer shows that no project or initiative succeeds without strong political will and backing. Fortunately, for this programme, the political will emanated right from the Prime Ministerial level and percolated to the Chief Ministers. Parmeshwaran provided the next required condition — strong and passionate administrative leadership. He writes that he soon realised that in India it is the PM, CM and DM (District Magistrate) model which works. He personally made presentations to the CMs to align them with the vision of the PM and toured extensively to meet the DMs to ignite their zeal for the implementation of the programme at the ground level. Despite sufficient availability of funds, the huge target of construction of toilets required close coordination, regular review and monitoring. The important thing, however, is not merely the construction of toilets but to bring about a change in the attitude and behaviour of people. The majority of the Indian population live in rural areas and were accustomed to open defecation for generations. Parmeshwaran and his team appointed ‘Swatcha Grahis’ (Volunteers) who worked as social influencers in each village and communicated, along with the DM and his team, regularly and intensely with the villagers about the ill-effects of open defecation. Mothers had to be convinced that infant mortality is closely linked to this practice as also are several diseases. The name and shame method was used along with a presentation of a realistic picture of the kind of filth people were living in and its impact on their lives. DMs were assisted by young interns, and communication through films and media was used extensively. The Akshay Kumar starrer “Toilet Ek Prem Katha” is an example of case. Parmeshwaran is very clear in his book that this was more a programme of behavioural change rather than merely the construction of toilets.

I recall being associated with this project as chief secretary, UP. Initially, I believed in the CELTS model which was advocated by many experts and was used in countries like Bangladesh to eliminate open defecation. I also strongly believe that instead of taking the entire state of UP which comprised of 75 districts I should focus on the 10 districts where the DMs had drive and energy and had already done the groundwork for the implementation of this scheme. Parmeshwaran and his team, however, thought otherwise. They wanted the entire state to be taken up at one go. I was sceptical initially but later events have proved me wrong as not only in UP but the entire country made this goal a reality.

While talking of good governance, we often lament the Indian system and its civil services. The making of India ODF is a shining example of the working of the Indian administrative system and the civil service. It proves that given the right kind of leadership and working environment the civil service is in a position to deliver good governance to the citizens. We see it happening regularly at the time of elections when the District Magistrate and his team are free from any kind of political interference and fully empowered to conduct free and fair elections and they succeed in doing so. In a similar vein, I can talk of the success of the Rashtra Swasthya Beema Yojna (RSBY) which was conceptualised and implemented by my colleague Anil Swarup. It was also a stupendous success and has become the precursor to the intensely aspirational and ambitious scheme of Ayushman Bharat.

Good governance is required to deliver quality public service to the people of this country and the SBM or RSBY only go to show that there is nothing rotten in the system. The same system and the same set of civil servants can deliver outstanding results, provided, they get political support, strong leadership, unambiguous goals and the right kind of motivation. It is leadership that is important as it helps in building teams, sharing goals, being transparent and accountable and working with total objectivity. Civil servants have to be transformed from being wedded to process, procedures and regulations to those having a passion for delivering results and outcomes. The performance evaluation of civil servants should also be done on the basis of indicators they are supposed to fulfil within a time frame. Of course, this would require allowing a civil servant to stay at a post for a minimum period of 2 to 3 years. It is also important for the political executive to realise that policymaking is their role and they should do so with the advice of the civil servants, but policy implementation should be left entirely to the civil service without any direct interference or through the obnoxious weapon of transfer. I read many articles of intellectuals who desire reform of the civil services and the administration. The fulfilment of the above-mentioned conditions could lead to civil servants delivering extraordinary results. It all appears so simple and yet does not happen because of certain vested interests. Governance is linked to providing a better quality of life to the ordinary citizen and systems have to be built which will make this possible.