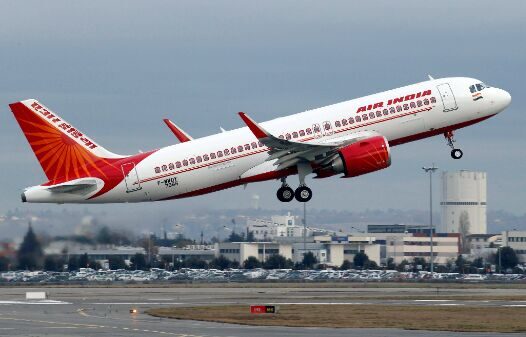 Apart from ensuring efficient operation, the sale of Air India will provide major fillip to disinvestment target and open the floodgates for further privatization

The biggest news on the economic policy front recently has been the privatization of Air India. This has happened after years of debate and discussion and efforts made by various governments to do something about Air India which had become an albatross around the neck of the government. In 2001, an effort was made to offload 40 per cent of the equity of Air India to the private sector whereas in 2018 this was raised to 76 per cent. Both these efforts failed because they focused on disinvestment and not complete privatization. This meant that the private sector would always have the Government as the big brother breathing down their neck. Moreover, the bid parameters prepared on both these occasions did not take into account the sensitivities of the private sector. The reason behind these moves was that the Government was still not prepared to let go Air India and was concerned about the political ramifications of privatization. Moreover, the bureaucracy always has the propensity to play safe and they formulated the terms and conditions accordingly. Notably, 2018 was very close to the 2019 general elections and it is never possible to go for large-scale structural reforms close to an election.

Having come into power with a comfortable majority, the current government embarked upon a clear path of reforms. Finance minister, in her budget speech, clearly outlined growth as an objective to be pursued and stated that privatization of public sector units would be one of the priorities. The Government mentioned that it would go ahead with privatizing two public sector banks this year, and divide the public sector units into strategic and non-strategic sectors, also mandating that the latter category would be privatized. Air India was on top of the list but there were enough sceptics who doubted the will of the Government as well as the capacity of the bureaucracy in implementing these measures. However, the events have proved the doubters wrong and Air India has been sold to the TATAs. As Ratan Tata tweeted, it was like a ‘homecoming’ because the Government had taken over the airlines which had been set up by the TATAs. I read somewhere that JRD Tata had told the then minister, Jagjivan Ram, that the government would not be able to run the airline properly as it required a skill set very different from that required for running government departments. Future events clearly showed how prescient JRD Tata was. Mr Tata was retained as the chairman, and for a couple of decades, Air India performed creditably well as one of the best airlines in the world. However, over the time the inefficiencies of the government working culture led to the decline of Air India. After 1991, the spurt in the number of private sector airlines further worsened the situation for Air India. The 2007 merger between Air India and Indian Airlines also turned out to be unsuccessful.

Since 2009-10, Rs 1.10 lakh crores has been pumped into Air India. It has been argued on various platforms that this amount of taxpayer’s money could have been utilized much better if spent on sectors like education and health. In fact, the secretary of the department made a statement that the government was losing Rs 20 crores every day while running Air India. The net worth of Air India was minus 44,000 crores. A pragmatic privatization plan was prepared where, out of the cumulative debt of Rs 61,562 crores as of August 31, 2021, the Tatas would be taking over a debt of Rs 15,300 crores and the remaining Rs 46,262 crores will go to an SPV called Air India asset holding company. The government expects to retire Rs 14,000 crores of this debt through monetization of assets as per the newly declared policy of the national monetization pipeline. In addition, the government will get Rs 18,000 crores. This amount, by itself, would not be sufficient to help the government to achieve its disinvestment targets of Rs 1,75,000 crores for 2021-22. At the moment, only Rs 9,111 crores has been achieved through disinvestment. The story of the last two years had been similar, where against the target of Rs 2,10,000 crores for 2020-21, only Rs 32,847 crores was achieved whereas for 2019-20 only Rs 15,297 crores was achieved against the target of Rs 1,05,000 crores. It can be seen from the figures that so far the government has not been very successful with its disinvestment plan. However, Air India privatization would give a major fillip to the entire process of disinvestment. Many more such deals are likely to be made in the future. The Shipping Corporation of India, BPCL and BEML, are some of the corporations next in the line for privatization.

It will be interesting to see how the TATAs can turn Air India around. It is not going to be a cakewalk as there is enough competition in both the external and the domestic aviation sector, with Indigo cornering as much as 57 per cent of the market share in the domestic sector as compared to about 13 per cent of Air India. There is no doubt that a large infusion of capital will have to be made by TATAs to improve the level of services to make the airline profitable. The TATAs can do so but it will take time and an influential leadership. The employees of Air India need to be handled tactfully. In recent years, Air India has offered VRS schemes and has reduced the number of their employees from around 27,000 to 13,500 and the employee per aircraft ratio from 221 to 95. There is a long way to go from here. A system of performance-linked rewards should be introduced for the employees and facilities put at par with those prevalent in the rest of the industry. The private sector will be able to take decisions in a much more commercial manner than it has been possible for Air India as a public sector corporation. Tatas are today running two airlines in joint venture – Air Asia and Vistara and none of the two are earning profits. In any case, the situation is likely to be better than it is today.

Privatization of Air India is a major economic reform that has been made possible by a strong political will and leadership, and initiatives taken by the top bureaucracy. Credit must be given to the Secretary of DIPAM and his team for successfully carrying out this reform. It is a feather in the cap of the Civil Service as well. It also indicates the government’s determination to proceed further with its policy of reducing the role of government in the economy. It augurs well for the future.